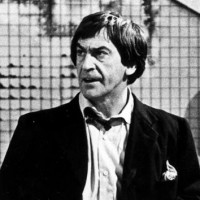 All: [singing] Five, six, seven, eight. Doctor’s waiting at the gate. Well actually some Ten and Jack rather than Eight.
https://vimeo.com/81726249

Crow: Oh, Benny A., you’re good for something.

The Doctor silently operated the TARDIS controls and the central
column rose. “Doctor, I can’t believe it. It’s so big inside your
TARDIS” said Xavier.

Mike: [Xavier] I just can’t get over it. I mean, come on, it’s done with a trapdoor and mirrors, right?

Crow: [Brigadier] Good lord! We must be in Cromer!

“Yes, Professor, it is big. It has been my home,
at least for the last few hundred years.”

Tom: It can seem like a hundred years when you’re stuck with Adric.

Meanwhile the TARDIS dematerialised again, and materialised inside the X-Men’s Mansion. Beast ‘Dr McCoy’ thanked the Doctor for getting Gambit quickly to the Mansion where he could be cured quickly.

Inside the Mansion, Tegan asked the Doctor what had happened since she saw Gambit lying on a couch still mostly unconscious.

Crow: How can you be mostly unconscious? Is it like partly dead?

Author: It’s like not being fully conscious. Well Agent Coulson is mostly unconscious, for one.

The Doctor said “He’ll be all right. He had a physical Mara parasite in him.”

Mike: [Doctor] Take these tablets, two of these pills, three tablespoons of this, and don’t expect to wake up.

“Oh my goodness, the Mara had controlled him too?” queried Tegan. 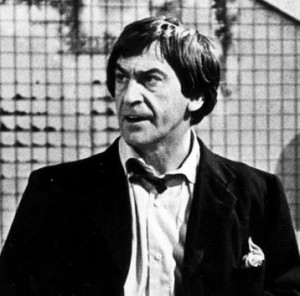 The Doctor explained, “I believe it went like this. One of us must have been carrying a
parasitic form of the Mara. It was not the full Mara, just a parasite form.

I suspect he was infected because of Tegan who acted as a carrier. He could have killed us all if I hadn’t stopped him. The parasitic form of the Mara has been called the Gou’ald at times. They have enslaved many civilisations on other planets in the past. You cannot imagine how dangerous it can be even in this form.”

Crow: I still fail to see the drawback in that.
Mike: Never Wound a snake, Kill it –Harriet Tubman.

“We must test everybody for this parasite”, Beast said.

“We will start with Tegan”, the Doctor replied.

Beast told Tegan that she did not have the Mara parasite within her. Still, he told the Doctor told, privately, so Tegan would not hear:

“Upon examining her, I can conclude that she does not have the actual parasite, but she has a carrier form. I cannot remove it without making damage to her living tissues.” Beast put some printouts down.

The Doctor concluded that they could not find the Mara and the Adversary.
Tegan commented how it meant that the latter two would have to make the first move. The Doctor said, “But we will be ready for them, whenever or wherever that may be.”

The Doctor was thinking of Roma.

Roma might have been carrying the Mara parasite too. This could be dangerous
for OtherWorld.

[ Author: This is a reference to how she apparently is going to lose control in
Excalibur Sword of Power # 3. ]

They would have to wait until they made their move. It might take a while.

“We must seek out the Adversary and take him out once and for all!”
said Bishop, obviously pleased at this twist of events.

the very limits of the reader’s suspension of disbelief!

For some time, Beast would have kept wondering whether Onslaught had to do with some genetic variation of this Mara parasite.

Tom: What in the name of Horatio Hufnagel does this have to do with anything?!
Author: Onslaught was a psionic entity created from the consciousness of Professor Charles Xavier and Magneto. Beast speculated that Xavier might have been infected.

A warning bell could suddenly be heard. “It’s the cloister bell”, I informed the X-Men.

“Not again,” a worried Tegan said.

The Doctor froze, listening. “The dimensional barriers of the TARDIS have been broken.
Its shell that is.” the Doctor explained to everyone.

“Could it be use of the Sliding technology?” asked Professor Arturo.

“Or a dimensional materialisation circuit, such as another TARDIS.” the Doctor clarified.

“No, not the Master once more” Adric said.

“Help me fix up these scanning circuits, Hindle and Cable”, the Doctor was trying to use the new temporal anomaly and dimension barrier detection equipment.

Crow: This is a bad moment to do an upgrade. Or to defrag a hard disk with
some Windows 2000 program called Eurisko Diskeeper.

“Doctor, a little time ago I was lost in a future timeline. Could you take me back to that time if everything works out just fine?” asked Bishop. “I left some friends back there and would like to check that they are ok. Then I would want to get back to this time.”

“If you wish, yes.” answered the Doctor.

Mike: [Doctor] Although I haven’t a clue why I should, sure, I’ll muck around with your timeline. It’s fun!
Crow: The Doc’s a Time Lord! He should be able to do what he likes!
Author: Bishop doesn’t want to visit HIS timeline. He wants to visit the future timeline in Bishop the Last X-Man. Know your X-Men continuity, guys.

“I left a friend, a youth named Michael there. He is from THIS timeline… I am not sure whether we should get him back though. Perhaps he was destined to stay there and live his life out. And I do not wish to risk not being with the Legends.”

Crow: If Bishop’s not sure that he wants to go back, why is he asking to go home?
Author: Not home. He wants to go to the future timeline of Bishop the Last X-Man!

“Legends?” asked the Doctor. “Oh, the X-Men. Ok, if you want me to take you there.. But not right now as my TARDIS has just been invaded by someone or something, and that’s not good!”
Bishop explained further about this timeline, it was not his home,

Tom: [Doctor] You guys still here? Don’t you have a home to go to?

Author: They are home, inside the Mansion.

The trip to the future Bishop wants to do is to that future timeline (Earth-9910) seen in the Bishop: The Last X-Man miniseries. Bishop is from Earth-1191.