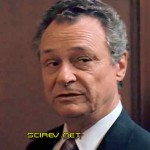 He was Mulder’s first government informant. Known only as ‘Deep Throat’ he served a privileged position and could pass classified information to Mulder, though it might be the case that he was willingly helping a campaign of disinformation. He was in Vietnam when a UFO was shot down over Hanoi and he claimed to be one of only 3 men to have executed an extraterrestrial biological entity (EBE) as part of a secret global agreement. Was shot down by the Crew Cut Man in the first season finale “The Erlenmeyer Flask” (1×24). No autopsy record is on file. He appeared as a ghost in Season 3’s The Blessing Way. A shape-shifter alien took his form in Talitha Cumi in the same season. He appeared in a flashback in Season 4’s “Musings of a Cigarette Smoking Man”, in a dream (in Season 7’s The Sixth Execution II: Amor Fati) and in flashbacks in the show’s finale “The Truth” (9×19-20). 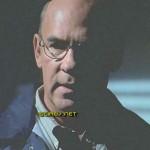 Assistant Director Walter Skinner was Mulder and Scully’s Boss at the FBI’s X-Files office. Now he is the boss of Agents John Doggett and Monica Reyes. He appeared in many episodes of the X-Files as well as a Lone Gunmen episode. A former Marine and Vietnam War veteran, he has been treated for a sleep disorder which resulted from an experience of killing a boy during the war. His hobbies include boxing and jogging. He has produced a movie called The Lazarus Bowl, based on an X-File Mulder and Scully had investigated. After breaking free of CSM’s control, he ends up forced to obey Alex Krycek who covertly injects him with nanobots. After two years, in the eighth season, he breaks free from this control and fatally shoots Alex Krycek. After the final episode “The Truth”, it is believed that the X-Files have closed down once again. The 2nd X-Files movie confirmed this. 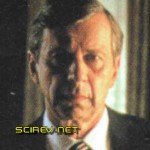 The Cigarette Smoking Man (or Cancer Man, C.G.B. Spender or as usually abbreviated – CSM) appears in both the first and final episode of the series. He is the only character besides Mulder and Scully to do so. He oversaw Scully’s first briefing to her assignment to monitor Mulder on the X-Files. He chain-smokes Morley cigarettes and has no known real name. He is very much a part of the shadow conspiracy (the Syndicate) who attempts to keep a eye on Mulder. According to “Musings of a Cigarette Smoking Man”, the Lone Gunmen uncover that CSM was born on or around 20th August 1940 in Baton Rouge, Louisiana. He was stationed with Bill Mulder (Mulder’s father) at the US Army Special Warefare Center back in 1962. His cancer resurged towards the 7th season and acquired a trachea hole, which he used to smoke with.
At the end of the 7th Season, his own operative Alex Krycek throws CSM down the stairs leaving him for dead. He reappears in the two part season finale, “The Truth”, but is finally killed, shot by a black helicopter rocket, after revealing to Scully and Mulder the fact that aliens are scheduled to invade in 2012. No mention about this was made in the 2nd movie. 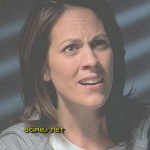 Agent Monica Reyes was the lead investigator in the investigation of the kidnapping of 7 year old Luke Doggett (the son of Agent Doggett). In 2001 Agent Doggett called her to assist with an X-File. She protected Scully and helped her give birth to her son William (“Existence”). She is a highly spiritual and religious person, with little doubts on the paranormal. Her first appearance was in “This Is Not Happening”, in season 8, and she appears in all season 9 episodes. 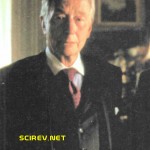 WMM (Well Manicured Man) is a representative of “The Syndicate”, a group of ten individuals making up the global consortium (sometimes called illuminati or bildenbergers or NWO or New World Order) that operates out of W46th Street, New York city, The city telephone company has denied that this number is in existence, yet it has been ascertained to be 5551012. This international conspiracy has existed since the 1940’s, securing amnesty for Nazi scientists who sought refuge in the USA after the war as part of ‘Operation Paperclip’. These scientists have performed genetic experiments on humans using a network of secret railroads and research camps, mutating their test subjects using alien DNA. For 50 years US citizens have been catalogued extensively through the cover of smallpox inoculations, their tissue samples have been stored in underground mines. Mulder’s father helped this data gathering but objected when he learned that the data was used to select citizens to be abducted and experimented upon. His daughter Samantha was abducted in order to ensure his silence. A Japanese war criminal Dr Ishimaru conducted more secret radiation experiments after 1974, he was also responsible for Scully’s abduction. To prevent any further leaks of security, the victims of these experiments are now being exterminated in a systematic eugenic cleansing attempt. WMM also made an appearance in the first X-Files movie where he ends up killed in a car explosion. No autopsy is on record either.

Martin Landau (Commander John Koenig in the popular 70’s science-fiction series Space:1999, last rerun in 1998 on RAI TRE in Italy at 3am every morning), confirmed in Film Review magazine that he would be starring in the first X-FILES movie. 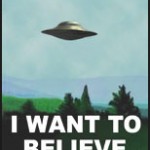 The poster in Mulder’s room, also the name of the second X-Files movie (released in 2008)
Did you know that in the second season, X was about to be played by Natalija Nogulich?

The X-Files is TM and copyright of FOX Television and related companies. This site is for news review and entertainment purposes only. It is Malta’s first and only unofficial X-files fan club on the web. This site, its operators and any content contained on this site relating to “The X-Files” are not authorised by FOX. No infringement is intended.

Another X-Files april fool involved julianne moore being claimed to play Scully in an X-Files movie.

Bandwidth Theft is not allowed on this site. That is linking to any image file associated on this site. It’s not polite and is ethically questionable. This includes putting up hotlinks to images on your myspace page. Instead save the images and put them on an image hosting site like imageshack.