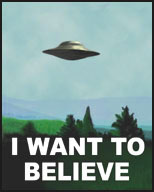 The X-Files is TM and copyright of FOX Television and related companies. This site is for news review and entertainment purposes only. It is Malta’s first and only unofficial X-files fan club on the web. This site, its operators and any content contained on this site relating to “The X-Files” are not authorised by FOX. No infringement is intended. Visit the official site at http://www.xfiles.com. This site is owned and operated by http://cwebdesign.com

On Thursday 29th September 2016, a smell of gas led to the evacuation of three schools in Zebbug, Qormi, and Attard. Some suspected it was Mercaptan which causes nausea and headaches, reminiscent of the Mercaptan coverup of 2012. On the day someone saw some personnel wearing haz-mat suits.. Here’s to hoping it’s not a case of “Unusual Suspects“, the episode where someone claimed that the gas ergotamine was being tested on civilians…

Bandwidth Theft is not allowed on this site. That is linking to any image file associated with this site. It’s not polite and is ethically questionable. This includes putting up hotlinks to images on your myspace page. Instead, save the images and put them on an image hosting site like Imageshack.