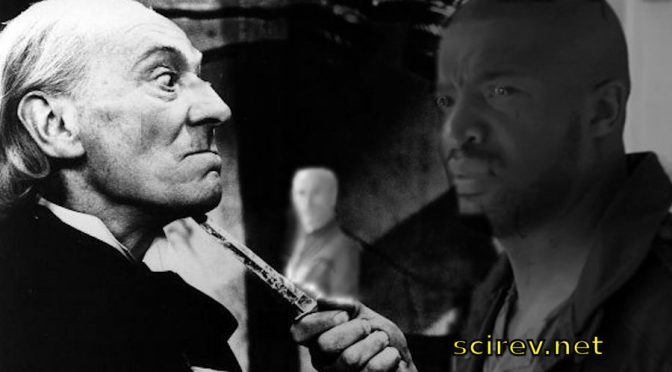 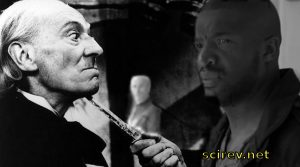 “What’s that, my boy, a nuclear physcist?”
“Yes. We know you are Professor Fraser”, Travis replied.

“I am not this individual. I am the Doctor.”
“Doctor who?”
“So to speak. Let me know, or I will make things difficult for you”
“Oh really, old man?”
“I know who you are.”
“Oh yes? Who do you think we are?”
“Liber8. A group of fabled legends of tomorrow who used a primordial time travel device to get back to the past. You will be remembered in the future. You do have a problem with the iterative capacitor, mind you.”

Lucas, another Liber8 member, exclaimed “What? How do you know that?”
He whispered to Travis, “this man must be from the future too.”

“Are you from the future too?” Travis asked.
“No, of course not.  Let me go, or I will make things difficult for you”
“yes sure. If you are not from the future, how would you know about things like iterative capacitors, or how we will be remembered?” Lucas asked.
“I am a Time Lord” the Doctor replied.
“Time Lord?” Travis echoed the Doctor’s words.  The members of Liber8 were quite puzzled. What the heck was a Time Lord, after all ?
“The man you are looking for is that one”, the Doctor said.
Travis thought of what Kagame would do if he had made it. He decided to let the Doctor go while they captured Professor Fraser.

Continued ….
All Marks are owned by their owners.