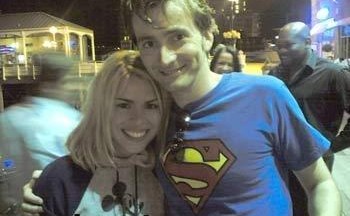 This is the crossover fanfic in my fan-series featuring Doctor Who (the Tenth Doctor – played by David Tennant in the new BBC tv series) – and the Sliders.

For the Dr Who Timeline Related to this Fanfic, or to read what happened just before this fanfic, please see WhoSliders 18 – but a few months have passed since. This fanfic occurs after new series 2 episode “DOOMSDAY”.
For Stargate Atlantis this fanfic occurs just after the Season 2 episode “EPIPHANY” (2×12).

Back on her earth she was presumed dead. 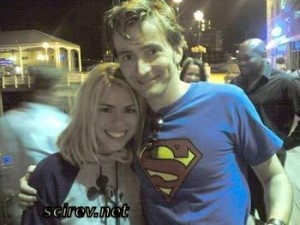 Officially Deceased in the battle of Canary Wharf.

True, she had her boyfriend here, her mother and her father too. But there was something missing.

Her life with the Doctor was gone. Her mother wanted her to go back to a job in a shop, but that didn’t satisfy her. At all. She wanted an interesting job, and she got it.

Her experience with the Doctor helped her greatly. It did mean relocating to Cardiff, but it was worth it.

She led the new Torchwood team, a small unit of people which she selected herself. She looked through the files for any possible reference to an alternate Doctor on Earth-776, but she could not find anything. Some vague references but nothing certain. She still kept a copy of the TARDIS key on her at all times. If she met a parallel Doctor she could show him the key, it would convince him that she was telling the truth.
In the meantime she selected a team who would attempt to break the barrier between worlds, but without damaging the barriers themselves and without creating a permanent rift. If anyone could do it, these people would one day.

Wells, Maximillian and Mallory had been brought over from San Francisco in the States. They had accepted on condition that they would be allowed to continue their sliding experiments. Parker was from that well known town, Roswell in America. The team worked in an underground base at Canary Wharf.

Upon Rose’s insistence, the team attended a seminar on a new subject – Psycho-Computability. It was a combination of psychology and computing (besides some elements of statistics and a few other subjects) but the name was somewhat misleading. It meant utilising psychological tools combined with an understanding of existence itself. This model would allow a greater understanding of how to predict the location or existence of parallel worlds themselves. It might open up the possibilities of detecting diverging futures, something essential if one would want to return to one’s home dimension after sliding away.
What’s more, the last time inter-dimensional travel was developed on this world, by Torchwood, it resulted in lots of flooding when the ice caps began melting. So they had to be sure nothing of the sort would happen. “No side effects” Rose said.

Conn and Professor Arthur had been working on the generation of Lorentzian wormholes. But Conn himself devised a breakthrough which made wormhole generation possible with just a naquadha generator which was an alien artifact uncovered at Stonehenge. Also, the recent change in the multiverse which occurred when the Doctor had sealed the breach between the universes, meant that created wormholes found themselves “censored topologically”, as physicists say. So this was something else that Conn and Prof. Arthur had wanted to bypass.

Unfortunately, the testing of this device had to wait, as an alert just came in about an attack by what seemed like aliens. The attack was happening in the Cardiff area, where the space-time rift was. All sorts of flotsam had passed through this rift. These creatures were wildwolves, Rose called them Wibbles.

His face showed one expression only. Fear. The man was being ripped to pieces by a Wibble. Blood was everywhere and the shouting was deafening. Rather than help him, people ran away as far as possible. Nobody wanted to risk their lives to help him. Suddenly the sound of a car could be heard. It was a Torchwood car.
Jeff Slade and police officer Holly Simpson got out of the car. Holly aimed her gun at the Wibble. She shouted ‘stop’ which of course could not be understood by the Wibble. ‘Just fire!’ Jeff told her and she fired. The bullet burnt through the Wibble, which started to burn, like all the others did when they were shot at.

Continued in the next Fanfic Who Sliders 20 “FIRST SLIDE” !

Doctor Who, Rose Tyler are the BBC’s
The Sliders are Fox/Universal/Sci-Fi Channel’s
The Tok’ra, the Ancients, the Wraiths, the Goa’uld, naquadha, Commander Caldwell, Stargate Atlantis and Stargate SG-1 (including Sam) are the property of Stargate (II) Productions, Showtime/Viacom, MGM/UA.