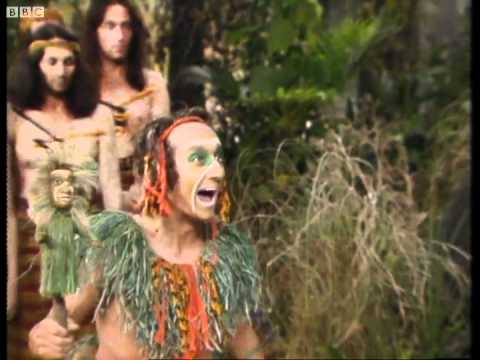 For the Dr Who Timeline Related to this Fanfic, or to read what happened just before this fanfic, please see WhoSliders 15
For Stargate SG-1 this fanfic occurs just before the Season 4 episode “WATERGATE”.
The fanfic is simultaneous to Roswell’s Pilot episode.

The Sliders have developed a technique called Sliding which allows them to go to different dimensions or parallel universes, but will they ever find the way to their home earths [Earth-001 for all except Maggie who is from Earth-022 and Diana from Earth-920]?

The Doctor with his companions – currently Major Samantha Carter of Stargate SG-1 from the US military of Earth-777, and the Sliders – is on a crusade to champion the cause of the innocent, the helpless and the powerless throughout the whole multiverse of multiple universes. The Doctor’s alteration to the Sliders’ timeline has resulted in multiple changes across various multiverse timelines in hypertime. Fixing these holes is an important task of the Doctor which has been sanctioned by an angel of God called the White Guardian. The Doctor has left behind his TARDIS in Earth-811. Remmy decided to stay behind on Earth-820 while the Doctor has gone to the future and slid together with Samantha Carter and the Sliders – Quinn, Wade, Professor Arturo and Diana.
Meanwhile Tegan, Adric, and Nyssa are still at Cheyenne Mountain. Gabriel Law and Maggie are new members of Stargate SG-1 who are currently prisoners on the planet PX8-999.”

Planet Deva Loka / PX8-999 (Universe-777) in the 21st century
The room they were in was dark and quite humid. They had been imprisoned here in this small shed by the Goa’uld Kali, awaiting interrogation. Fortunately the Goa’uld had been busy, talking and dealing with Charissa, the natives’ leader.

Apparently there had been some disagreement. Jack O’Neill was hoping the cavalry from Earth would arrive soon. He hoped the Doctor might be back too, together with Sam. Jack looked at the other SG-1 members, namely Daniel Jackson, Maggie Beckett and Gabriel Law. Though Gabriel definitely had the strength to free them all, a paralysis dart had knocked him unconscious. They were captured shortly after. The Goa’uld had not yet understood that Gabriel was a superstrong human, so they still had a card up their sleeve. Once he woke up, anyway, SG-1 could escape at any time, but they still wanted to get to know what the Goa’uld Kali had in mind for the place. So how long was he taking to wake up?

The Stargate whooshed and through it came the SG-2 team led by Major Coburn. Hindle had just joined SG-2 on this rescue mission. Hindle had lived on this world – known as Kinda – in the future. It was eerily similar. In his time it had been targeted for colonisation, though that hadn’t gone too well. Coburn decided to go and talk to the locals. The natives might help. Hindle was not too much in favour. He didn’t trust them, the way they behaved. But the Doctor  who was the team’s official advisor, had agreed with Coburn, too. 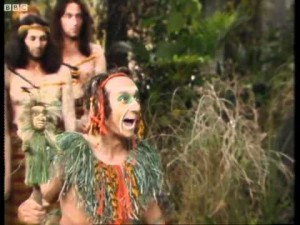 Coburn talked at length with the native woman Hidalgos, the leader of this group of natives. Hidalgos seemed a friendly enough woman. They couldn’t talk to any man, as they were mute. Hindle thought she was short and ugly, almost a dwarf. After setting up base camp with the locals themselves, SG-2 had determined the location where SG-1 were being kept. Or at least, where their radios were. One could broadly assume that the radios had been taken from them. The Doctor make it clear that this might be a trap. The radios could have been placed somewhere to trap anyone attempting to trace them. Hindle kept looking at some of the natives, expecting them to become insane at any moment, just as he was a long time ago. Or it seemed like a long time ago.

Time passed. The Doctor and SG-2 were taken by Hidalgos into a rocky area. This was supposed to close to the location where SG-1 was being held captive. Suddenly a spear went through Major Coburn, straight through the heart. He let out a sigh, and fell down. It was one of the natives, who had killed him. It was a signal to a group of Jaffa who was hidden in the area. They revealed themselves and captured SG-2 and the Doctor easily. Like the Doctor had suspected, this had been a trap plain and simple.
‘Take us to your leader’, the Doctor said. ‘At least we get to know who he is.’
‘Silent, human!’, the Prime Jaffa struck the Doctor on his cheek. ‘We are taking you to the Goa’uld Kali. She will decide your fate, together with the others.’

Planet Skaro-777
Some time ago, alt-Max from the future timeline had been on this world. The Daleks had spent a lot of their time trying to figure out how he had dematerialised.

There was no trace of a teleport or transmat. But an energy signature had been detected and eventually traced down to an old abandoned ring device. They found it, spent time trying to decipher its symbols and workings. Until they managed to get it to work. This was the famed Chappa’ai, the Stargate, of legend! So it was real. It would be of use for them now. They could conquer the universe using the Stargate. Perhaps even Earth. They would not even need starships. Perhaps they would find the Doctor again. They attempted various combinations of chevron symbols, sent a Dalek to every one of them. Most of them perished, but some did not. Eventually they came upon the symbols for PX8-999. Read aloud, it would sound like ‘GHEDEN’ (meaning Eden in Maltese) or ‘GHED’EN’ (Goa’uld for Eden).

Planet Deva Loka / PX8-999
The Stargate on PX8-999 began to activate. A stream of particles whooshed and a scout Dalek came out.
The Dalek roamed the countryside of the planet, in an attempt to survey the area. Soon the Dalek saw a group of moving figures. The Dalek took a better look, zoomed his vision and made out one of the figures.

It was the Enemy. The Dok-torr. Killer of the Daleks. He must be eliminated at all costs. So the Dalek turned towards the party.

The Prime Jaffa heard the noise the Dalek made once it recognised the Doctor, who had been captured together with SG-2.

The Doctor, surprised to see the Dalek, decided not to say anything.

The Dalek got very close to the group, so the Prime Jaffa ordered the Jaffa to fire their zat-guns towards the Dalek.
In a big explosion the Dalek blew up in smoke.

Gabriel yawned, waking up. The dart had kept him asleep for hours, but now be had regained consciousness.

SG-1 had been captured by the Goa’uld. That’s enough, he thought.

He broke through his bars as if they were candy. Some of the Jaffa began to fire at him. It was like a little sting. He barely felt it. He swatted them as if they were flies. They fell down like heavy stones.
‘What if he turns against us, one day?’ Jack was thinking this as the Goa’uld Kali entered the room. Suddenly, Gabriel’s eyes flashed.
‘Oh no, not this now’ Jack said. Gabriel had been taken over by a Goa’uld. His strength had not helped him this time. His body had not resisted the intruder snake in his body, or at least it had not succeeded. Was it because he had been sleeping? Did sleep render him vulnerable?
‘You awake, Dhalman’, Kali said. So this was the Goa’uld Dhalman who had taken over Gabriel.

‘Yes, this hok’tar body will serve me well!’, Dhalman said.

Dhalman and Kali left quickly, boarding a Goa’uld mothership which was ready to launch. They had no interest in the others, and this was the reason why they had come to this place.

They had wanted to develop a hok’tar – an Advanced Human or SuperHuman –  but they had been given one for free! They did not need this world any more.

The remaining members of SG-1 – Daniel, Maggie and Jack, during the confusion which had happened, managed to free themselves and took some zat gun weapons. They zapped a number of Jaffa, and left the small shed.

When they looked around, they saw some figures far away boarding a Goa’uld mothership.

Dhalman and Kali are leaving, Jack thought. But who were the figures being herded aboard? Daniel looked using his binoculars and recognised them: the Doctor and SG-2 had been taken prisoners.
Maggie wanted to mount an attack on the Jaffa and the mothership. But Jack reminded her that they weren’t armed well and with Dhalman having Gabriel’s strength, it would be impossible. They would need backup. So they radioed Stargate Command and informed them of the new situation.

Continued in the next Fanfic Who Sliders 17 “GOODBYES” !

Doctor Who, Tegan, Nyssa, Adric, Hindle are the BBC’s
The Daleks and Davros are Terry Nation’s
The Sliders are Fox/Universal/Sci-Fi Channel’s
The Tok’ra, the Ancients, the Goa’uld and Stargate SG-1 (including Sam) are the property of Stargate (II) Productions, Showtime/Viacom, MGM/UA,Double Secret Productions and Gekko Productions.
The X-Men, Earth-616, Days of Future Past, Dr Rory Campbell/Ahab, Professor Quinn, the Sentinels are Marvel’s
Gabriel Law and the Multiverse Agency are Revolution Studio’s (from the movie THE ONE)

The reference to Max Evans is to the Roswell episode ‘THE END OF THE WORLD’. He had become a Slider back in WHOSLIDERS 5.
PX8-999 is the planet Deva Loka, first seen in the classic Doctor Who episode ‘KINDA’ and in my fanfic WHOSLIDERS 4.