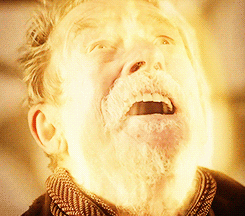 This fanfic was written before the relaunched Doctor Who series (2005).
It was set after the 8th Doctor has regenerated, some time after the Time War. For more fanfic go here or try my TrekWho-L mailing list homepage.

An old man wearing velvet trousers was talking to a neighbour of his. “Do you think it’s going to rain tomorrow? I was planning to go and fish a bit” asked the neighbour.
“Well, let’s see.” The old man took out his smelly ceramic pipe, shook it a bit and said “Nope, it won’t rain at all tomorrow.” He put it back in his pocket. “This is a very old pipe, that’s why I can be sure about this.”
A few minutes later the old man was walking down the road, slowly, soaking in the sun. It was more than 42 degrees celsius, a hot summer day in Malta. He was used to the heat however. He had been here since 1992, he had settled here in a town which was quite close to the sea, well which part isn’t, in the sense that being a small island you don’t have to travel far to get to the sea. He sat down on a chair he was carrying, took out a pad and started drawing the scene in front of him. He had an artistic flair for drawing, painting, he spent a lot of time alone since he got here. He made lots of paintings of seascapes, surrealistic scenes with various monster like creatures in them, and even managed to sell some of them. People would think he was somewhat crazy or just weird. But he didn’t mind it at all.
When he was finished drawing the boats and the nearby houses he got up and folded the small wooden chair. He recalled the days when he would lie on the grass with his father, but that was very, very long ago. He was very old now indeed, time had passed for this man. He recalled mountains so high they seemed like skyscrapers, beautiful scenery. This place didn’t have anything of the sort, quite the opposite. But it was a great place to live, or to spend a holiday.

Ultimately he was feeling a loss of purpose. A need to move on perhaps. Something he had not felt for quite some time. He had felt a need for stability so he had settled down here some time ago. He developed his art to a refined degree, he took life easy here where you could do that. You couldn’t do that in London. Stop in front of a shop window and you’ll find some crazy londoner bumping into you and pushing you aside as if the only path were the place you stood. You could glaze at shop windows here without anyone bumping into you. The old man thought those people rather looked like silly robotic mannequins actually. What a difference here. Perhaps the opportunity would soon present itself. To move on again. He remembered the time when he was exiled. Strange how now he seemed to be in exile again, but it was a voluntary self-exile. He had grown sick of the deaths, the violence. “I’m sick of all the dying, this violence, all of it!” Wasn’t that what she had told him before she left. He wondered where she was now. Would she even recognise him after all this time? He once met a Federation captain who in his own way, was just as sick of the violence and all the deaths. That was a long time ago, certainly, at least for him. In his long life, he had met all sorts of people, for sure. He was not happy just the same, and it was a feeling of sorrow for missed opportunities to make a change for the better. Perhaps he felt that when it would be the time again, he would not have to do anything but take his place again. Sensations of pity fell upon him, he was pitying himself the way he was afraid. Yes he was afraid. Of the unnecessary deaths that he had seen. Hurts too much. To continue. Hurts even more.

He felt a cool breeze, an icy wind waft its way. He kept walking, watching the ever increasing pontoons, he thought of their ugliness.
He looked at the small book he carried, it was a prayer book, he got out the small paper he always hept folded in the book. The paper was written on both sides. On one side he kept a list of many classic actors from the movies, Charlton Heston, Fred Astaire, John Wayne and a number of others I do not know so I cannot write them here. On the other side he kept a list of names, some old, some new. I know they were not actors or famous people. Some were his people. Others were people he had met and had travelled with him.
His neighbour had asked him about the list also. He used to say that he keeps the list to remember them and pray for them. It was all he could do.
You can never really go back he said in a melancholic tone of voice once. You can go forward. He could not resist thinking that this was the holiday he had promised himself so many times before. Usually it would have been interrupted but this time it did not happen.
He had to go. To depart once more. To go where it all started, in 76 Totter’s Lane.
THE END (For now)

TOTTER’S LANE – written in 2005 to explain the connection with the tv 9th Doctor (Christopher Eccleston), with modifications in 2013 because of the War Doctor (John Hurt). His world had been almost all destroyed not long ago. It was payback for what he had done to Skaro – the homeworld of the Daleks. The Daleks detected that their timeline had been altered, so they decided to take revenge on those who had done this to them.
To destroy those who had blown up their world in the future.

It started here because he had arrived here with Susan.
It started here because he had launched the hand of Omega and the end result was Skaro blown up.
It started here because the 8th Doctor, since he had been forewarned by himself that Gallifrey was likely to be destroyed in his future, before all was lost and all the Time Lords died on Gallifrey, had decided to use a dangerous centuries old device known as The Moment – originally invented by the ancestors of Gallifreyans i.e the Ancients, on Earth – it was their last creation. It could open time rifts according to some accounts and was a powerful early time machine which encased two galaxies in a time loop lasting months! He had regenerated when it was time for him to change and to then activate it. There was no way the 8th Doctor would have taken the necessary action, thus the Sisterhood of Karn had forced him to regenerate and interfered with his regeneration somewhat. The first time he was the “Ninth Doctor” he was an old man, an old warrior. He had used the Moment. Afterwards his memories were blurry. He remembered there was no more trace of Gallifrey or even the Daleks. Events had looped a few times – meaning time had rewound itself to an earlier point in his timeline before Gallifrey’s fateful last day. Every time he ended up using the Moment. Finally Gallifrey was gone – the attacking Daleks too – and time moved on. He had met Rose the second time around the loop. He lost her a few times. One time she was killed by a Dalek in Utah. But because of the loop, he had met her again and again since time kept resetting itself back like an elastic band.

Every time he was the Ninth Doctor. But different. It felt as if he was half of the Ninth Doctor. Sometimes he had been violent, undoctorish even, a real warrior once more. Sometimes he felt very peaceful or even tired. Would he manage to defeat the Daleks before the Time Lords would die again? Or would he be forced to keep living the same loop and regenerating into different Ninth Doctors? Every time the Moment was used, the Daleks and Gallifrey were completely gone. And he had to regenerate.

There were other changes in the timeline he would detect every time in the loop. The fruit store was yellow rather than pink. The grocery store was in the wrong place! New buildings were here this time. Persons he knew pretended not to know him. Was it himself who was wrong or was someone meddling with time too after the elimination of the Time Lords? Only time would tell…
THE END

Doctor Who, Time Lords, Totter’s Lane, Susan, Gallifrey are the BBC’s
The Daleks and Skaro are Terry Nation’s