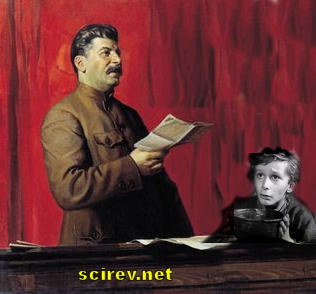 This is my parody fanfic of that annoying ad which gets played and played here in Malta, especially on a local Maltese Radio station. The original ad has some weird words due to the ‘child actor’ (or is it a child actress) who cannot pronounce the Maltese words properly, it seems. The things he says instead sound like some marxist politik-speak which inspired me to expound upon it in this parody. Since the words are in Maltese, this parody will have bits in English and bits in Maltese. Hope you don’t mind (even if you do!). No offense meant, but a healthy Christmas sense of humour. And do donate to Charity Campaigns to help those in need.

WARNING: This is a parody fanfic. Meaning DON’T TAKE ME SERIOUSLY. This is a JOKE. Just smile and read, it’s funny.

Oliver was a young boy who lived in poverty, or so he would tell you. Whether that was the truth was another thing. It was the Christmas season of 1906 when he went towards the Euro Store (previously Lira Store) in Hal-Zghir (that should be translated Small City, or better still Smallville!).

“Christmas fa! Krismisfa!” he shouted out, meaing to say Krismis Fader (it doesn’t rhyme, of course, with Darth Vader), looking towards the red-clothed Santa Claus standing outside of the Lira Store. He couldn’t pronounce ‘fader’ so he just said ‘fa’ like the famous soap.

Father Christmas looked towards Oliver. He couldn’t believe what he was hearing with his very own ears. The child, who probably did not even know how to speak English properly, wanted to receive a Christmas gift of a Fa soap.

Oliver, however, continued undaunted by screaming ‘Ejja hdejja’ (come near me) and ‘Irrid… biex naghti tislima lill-haddiem’ ( I want… so that I give a greeting to workers).
On the street many were making their way to work. Some of them looked at the kid. How odd, they thought. One of those who were walking on the street at the time was Stalin. This was what he was looking for. A kid he could use to steal money with. The kid could be used to ask for money, which he would then give to Stalin. A typical scheme which might render everyone equal in monetary terms as they would have given more and more to the kid, while Stalin himself would be rich beyond belief.

Stalin stopped and talked to Oliver. Oliver’s mother had not recognised Stalin, who asked Oliver ‘What’s your name, boy?’
‘Oliver’ was the reply.
‘What do you want for Christmas, Oliver?’ Stalin asked quite decisively.
‘I want Barney the Dinosaur!’ Oliver replied. He looked towards his mother and said ‘Ixtrili Barney, Ma!’. He wanted his mother to buy the barney toy, an ugly purple mass. ‘Mhux issa’ she replied. She made it clear that it was not the ‘moment’. It was not they did not have the money, but she could not care less. In fact, if she could, she would ask for money to spend time with her son, if that were possible. She did not like the kid at all. He was nasty, dirty and everything that she disliked. She would avoid him as much as she could. It was not the first time that she went with Oliver on the street, asking for money so that she could bring up the kid. It was not that she did not have money, but she did not want to do the job and at least being paid for the job would seem better to her.
‘Dejjem hekk int!’ Oliver shouted at his mother. ‘You are always like that’.

‘I want to be like the other kids. Kemm nixtieq li kont bhat-tfal l-ohra.’ he shouted and screamed at the top of his lungs.
‘Forsi tista’ tkun bhat-tfal l-ohra’ she replied when she realised who the stranger was. It was Stalin, who then continued: ‘I’ll buy you your Barney, and lots more so you can be like the other kids. On one condition’
‘Which condition?’ Oliver asked.
‘You must be my proletariat personified. You will grow up to become Proletariat Man, a superhero!’ Stalin promptly replied.
‘Help me, Mister, I want to live a life like everyone else. Ghinni nghix hajja bhal haddiehor!’ Oliver said. He continued ‘I want a fast car, jewels, an expensive gold ring just like in “Lord of the Rings”, everything.’.
‘You will have all that and more’, Stalin said. ‘Forsi tista’ tkun bhall-haddiehor.’

Time passed, and Oliver became used to living a life of luxury. He would be given special treatments of vitamins and health supplements, all to improve his body’s condition. He would go to workplaces, get all the workers to meet in a square, and then he would urge them to give funds to a certain bank number, opened of course by Stalin himself, so that he would be able to ‘life a decent life’.

This story may not be posted elsewhere without the consent of the author.