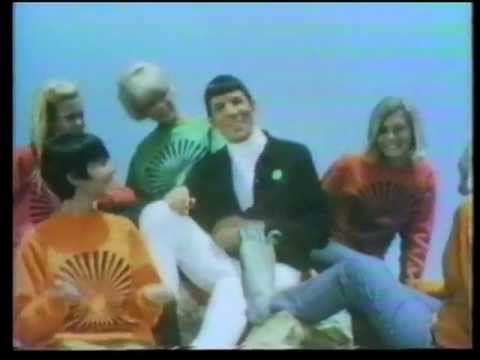 These are all music videos with some sci-fi theme.. Not fan music videos but officially made music videos (mostly).
— Updated broken youtube links and replaced video no 5!


2) RAH Band – Clouds Across The Moon

3) Leonard Nimoy – Bilbo Baggins
This one features Mr Spock himself – Leonard Nimoy – singing a song about the main star of the Hobbit! For all you Lord of the Rings fans out there…
https://youtube.com/watch?v=XC73PHdQX04

4) Nerf Herder – Mr Spock
This is really funny, an indie music video.. he sings to this green-skinned Orion girl telling her “you don’t want a boyfriend. What you want is Mr Spock” LOL. This had to be on the list.

(previously no 5 was KLF – Justified and Ancient, whose video could be a Stargate video, so easily! (it’s even mentioning the Ancients from Stargate lol), however it was removed..)
So instead at no 5 we have Black Eyed Peas – Meet Me Halfway. This is really sci-fi, it even has shades of Stargate.. check it out.

6) Eminem – We Made You
This video by the famous rapper features a spoof of Star Trek and Transformers.

I was originally going to put a 90’s music video with some DS9 Star Trek-lookalikes (Kira and Jadzia Dax). If only I can find it or its name..

Instead here’s Nik Kershaw back in the 80’s

It’s Leonard Nimoy once more in this single..however there is no official music video for this one.

9) RAH Band – Clouds Across The Moon Part 2 The Homecoming
I had never heard this but this is the sequel, 15 years later the answer arrives to the original phone call!

10) Prodigy – Out of Space
Not my favourite, but it’s about space and other dimensions so it had to be on the list!